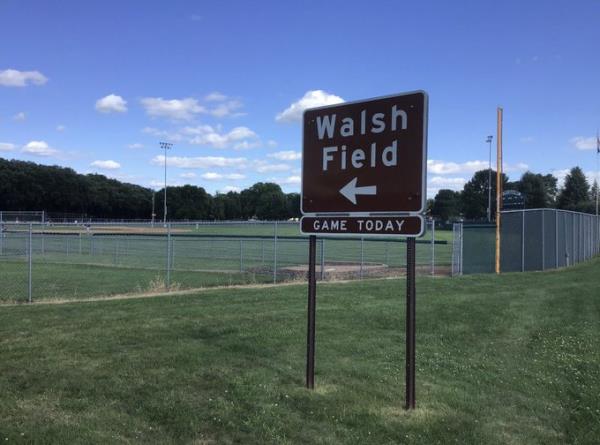 By Brett Kruschke and Matt Ruehling

The Tiger town teamers lost their only game of the past week, falling 4-2 at Gaylord on Sunday. Belle Plaine is 1-5 overall this season, with a 0-2 mark in River Valley League play.

With Memorial Day Weekend coming up, the Tigers will play just once again this week. Le Sueur is in town tonight (May 26) at 7:30 pm, with the Tigers hoping to pick up their first RVL win.

Tonight will also be RTL Construction Night, with each fan receiving a free hot dog, drink and pop – courtesy of our friends at RTL.

The schedule kicks into full swing in June. Until then, keep up with the Tigers at bptigertown.com and by the same handle on Twitter and Facebook.

The Tigers got off to a quick start in Gaylord, getting a first-inning single from Josh Terrio followed by an RBI double by Derek Dahlke. Dahlke then took the mound and held the Islanders scoreless until the third inning, when Gaylord took the lead on a two-run double by McKoy Rodning.

Jon Schmidt stayed hot with a leadoff solo homerun in the fourth frame – his second tater of the season, and second of his career, and the only two Tiger long balls this season.

Gaylord scored the final two runs of the night with a solo homerun of their own in the sixth – off the bat of No. 3 hitter, Erik Goetsch – before adding an insurance run in the seventh.

Dahlke led the way on the mound, working six innings with eight strikeouts, allowing three runs (one earned). Terrio, meanwhile, was the only Belle Plainer with multiple hits, collecting a pair of singles.